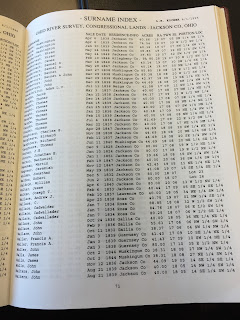 Finding the parents of a female ancestor can be and often is a struggle. We need to look at all kinds of sources to get clues. Come with me down this rabbit hole. Nancy A Browning’s daughter named her mother’s parents as James Browning and Bettie Wallace on the death certificate. Searching for James and Bettie, I found a marriage record for James Browning and Elizabeth Wallace in Jackson County, Ohio dated 23 Dec 1838. Following this clue, I discovered them on the 1840 US census living as a couple in Jefferson Twp, Jackson county, OH. They were living next door to Archibald and Elijah Browning. All three men were similar in age; perhaps they were brothers. In the 1850 census, James and Bettie are living in the same township but now next door to an Andrew Wallace family that includes a John Wallace age 75. Could this be Bettie’s brother and father?  The ages make sense.

Let’s look at this John Wallace more closely. Through land records, I found a John Wallace of Gallia County who patented 38.37 acres of land in Jackson County in 1832 and 2 more parcels of 40 acres and 55.63 acres in 1836.  (Ohio River Survey, Congressional Lands, Jackson Co, Ohio) Andrew Wallace appears to be living on one of these parcels.

Stepping back to Gallia county, there was a John Wallace living in Greenfield Township in the 1820 and 1830 census. (Gallia County, Ohio Residents, 1800-1825, complied by Dennis R. Jones)  He also paid chattel tax there. A Martha Wallace married Elijah Browning in Gallia County in 1831. Brothers marrying sister is not uncommon. According to subsequent census Martha Wallace Browning was born in VA. This could have been in what is now WV. Elizabeth (Bettie) was born in Ohio in 1815. So, assuming these women were sisters who married brothers, sometime between 1812 and 1815 John Wallace moved to Ohio from PA or VA.

While I have not found the answers yet, it appears this family is intertwined. There are many John Wallaces in Ohio at this time, but only one family in Jackson and Gallia counties. Many people have this John Wallace confused with the John Wallace from Indiana County, PA. They are not the same.

Posted by Bevson at 4:46 PM No comments: 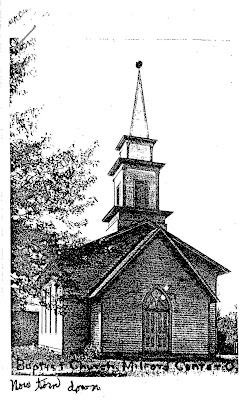 Posted by Bevson at 5:28 PM No comments:

My grandfather, Casey Robertson's best friend was Paul Kile. I knew him as an old man who wore bib overalls, gave us Juicy Fruit gum and drank coffee with my GrandDad every morning. He teased my sister mercilessly about her name. He never married and lived with his sister on the homestead. While going through old pictures with Aunt Betty a few days ago, I found this photo of District school #7 in Essex, Ohio, in 1906 and, there in the front, standing next to Casey was Paul. 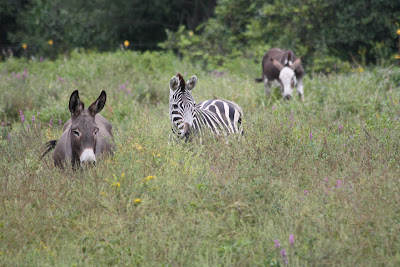 Do you see what I see? While out birding in Orange County, NY, today I was stunned to find a zebra in the same field as a herd of donkeys and mules. His camouflage is not working so well in a field of field flowers and NY autumn grasses.
Posted by Bevson at 7:10 PM 2 comments: 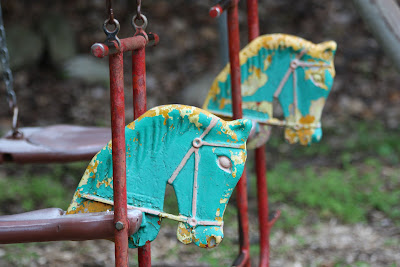 Posted by Bevson at 6:22 AM No comments:

The tale of two Fannies

There was no way around the fact that the records were sealed. In perpetuity. Like forever. Without a court order, there was absolutely no way to get to them. The Probate Court clerks would not even provide a date range so we could figure out if the records were even related to, Frances (Fannie) Dixon, the Great, Great, Great, Great Grandmother in question. There was only one whispered hint. They were usually sealed for reasons of adoption or insanity. Well, we knew it wasn't adoption. She arrived from Virginia as a married woman.

I sat at the dining room table drumming my fingers and pondering the options. Fannie died in 1863 at 63 years old. She was in the census in 1860. It didn't make sense that she would have been committed because she died just 3 years later, safely in her bed.

I went back to the drawing board, frustrated. Well, OK, let's then revisit the last census she was in. For the first time, I noticed that they had a girl, named Fannie, living with them who was 22. That would have made her mother over 40 when she had her. Not all that unusual. But, what if the girl had Down's Syndrome, Cerebral Palsy or some birth defect. In the 1870 census, Grandma Fannie's husband John is living with their son, John Jr., no daughter Fannie to be found.

Working under the assumption that the girl had some sort of issues and lived at home until the mother died, then the father and brother could not or would not handle her, I took a chance, and checked the 1870 census to see if she might have been a resident at the local Infirmary. Bingo. There she was. She was also there in 1880.

While I do not know what Fannie's diagnosis was, I now believe that the sealed records at the Probate Court are where her family had her committed. Perhaps her condition deteriorated or she grew violent as she aged. There is no 1890 census to look at and I am not even sure if the residents of the State Hospital were enumerated in any census.

Have you found sealed records in your search? Were you able to work around them?
Posted by Bevson at 6:24 AM No comments: 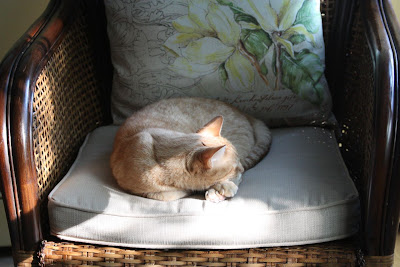 Posted by Bevson at 3:37 PM No comments:

Check out these links